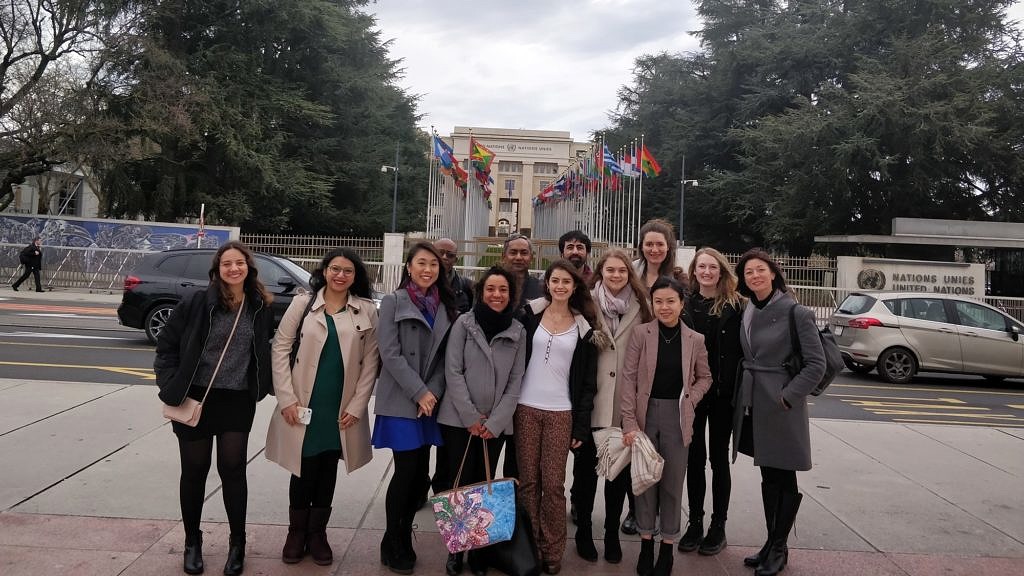 On the second day of the Geneva excursion, the students attended the 75th session of the CEDAW committee, which was a country periodic review of Afghanistan. The CEDAW chairperson, Ms Hilary Gbedemah addressed the crowd and very briefly presented the flow of the meeting.

The minister of communications and information, Ms Shahzad Aryobee started the meeting with the introduction, where she mentioned about the rising awareness about the women issues in Afghanistan, and the progress of combating discrimination against women. It was informed that Afghanistan will pass the second batch of National Action Plan this year, and the budget has been approved for it.

Post introduction, the floor was opened for questions and the individual experts of the committee raised their questions, which advanced as per the CEDAW Articles. Concern over issues of women’s health particular reproductive health, education, independence; challenging the system regarding triple Talaq, the Afghan civil code, polygamy etc. The experts included prominent personalities like Ms Bandana Rana, N.Amelini, A.V Verges and many more.

The meeting was concluded with the statement by Ms Aryobee mentioning “Women are self-sufficient- it is the society that holds her back. And through sisterhood and meaningful participation, this problem can be solved.”

It was an entirely new experience for the students, and the words that were read from various textbooks until now became a real-life experience for us all.

0 comments on “Students attend the 75th session of CEDAW”